Sometimes in a blink of an eye, a spark of inspiration may arise and it has in the past few days. I have created a few new images that birthed a series of hummingbirds and local flowers.
They are floral collages that highlight the magic of the hummingbirds that have come to the garden over the years.
Here is one image, of Guapo the hummingbird. Bless his heart.
I am look forward to sharing more of them in the future.
In the meanwhile... 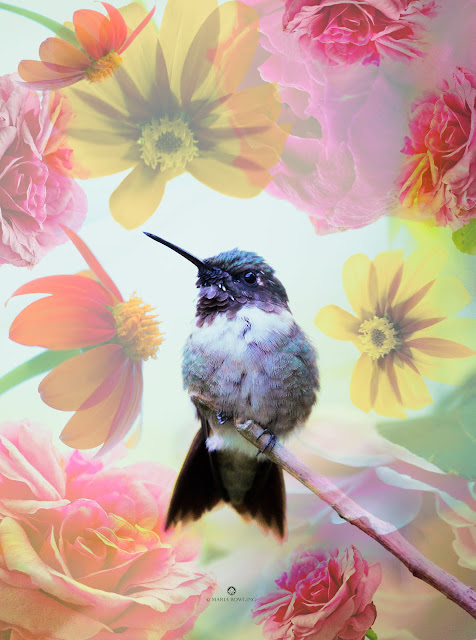 Wishing everyone a generous and safe Thanksgiving.
Posted by Maria Bowling DACM, L.Ac., SEP, Diplomate of Oriental Medicine at Monday, November 25, 2019 No comments:

This beauty appeared in a series of images that I just found today. I am currently editing photographs for a collection of aviary delights and this beauty caught my eye.
The bright sky, the red of the tail feathers and the transparency of the wings made me very happy. 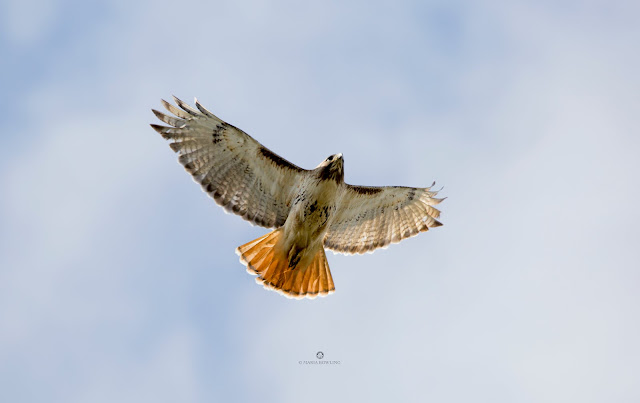 The hawks have been circling the property and their call has been filling my heart.
While many of the migrating birds are now gone, the hawks and the owls remain.
Just last night I heard the owls in the tress outside and I wished that they would allow me a sneak peak of them perched in the trees. While the owls have been here for years, I have never been able to photograph them as they come out at night. For now, I must be satisfied with my glorious hawks and be grateful that they fly low enough for me to capture these kinds of magnificent details.
Hawks always feel like messengers for me, it is as though they are trying to convey an important piece of information from the heavens. 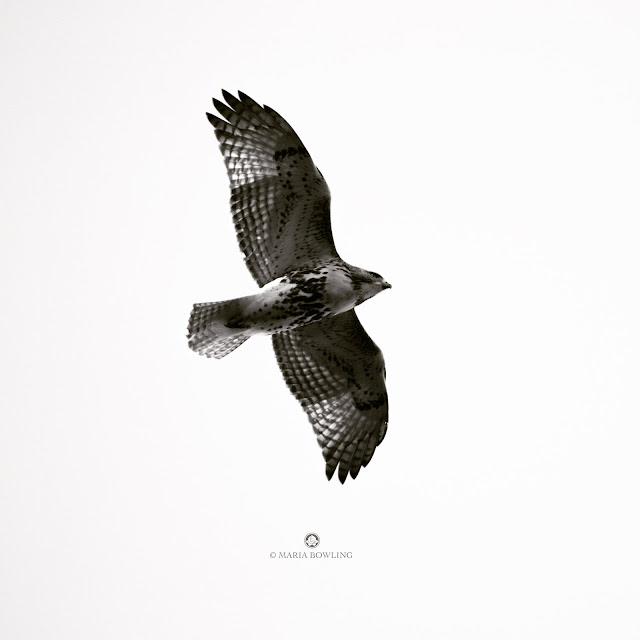 It is Autumn now and for several months, the mantis have been revealing themselves to me. At first, on my back door. They hid behind the vines of the passionflowers and they seemed to blend in to an environment that kept them safe. 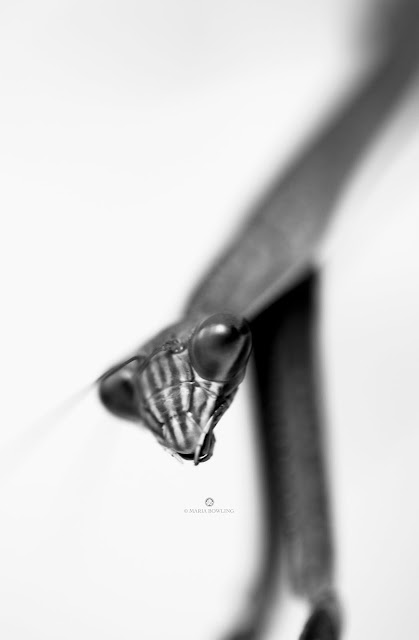 They had an eye on the house, the garden and on my every move.
As I got close to them, they would turn their triangular heads, look at me, and seemingly study my every move. They peered through the windows and when I knocked on the glass doors they would move their heads in inquisitive ways. 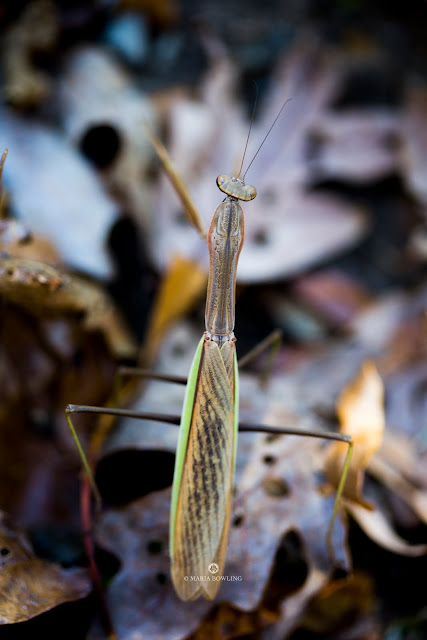 At one point I felt as though I was under their mindful watch.
I write 'they' because there were two. At first I thought the couple may have been mating. And then it appeared as though there was only one. So I expected that the female had devoured the male in her mating ritual and that she was preparing to lay eggs.
My hypothesis was thrown to the wind yesterday when I found two mantis inside my house. No nest, larvae or babies were ever found. 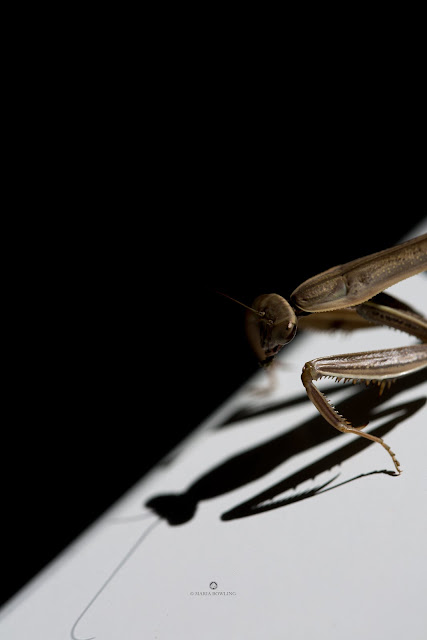 So both mantis were delicately taken outside and released, but my curiosity could not fathom why two were inside my house and how on earth they managed to camouflage  themselves so well.
A few images were captured, but they are very difficult to photograph.
I had the felt sense yesterday that they were protecting the land, keeping an eye on the hummingbird garden and gifting their presence to us.
They say that they symbolize stillness, mindfulness, protection and good fortune.
If this is all true, then I have been blessed twice and I am deeply grateful.
Wishing everyone golden sunsets and autumnal sweetness. 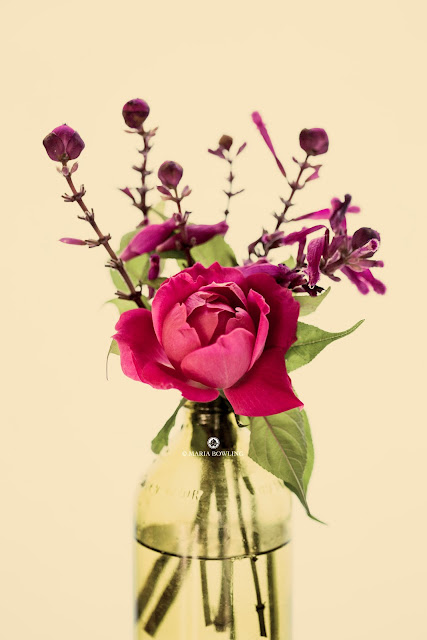