The Season of the Metal Element

Autumn is approaching as the sun casts longer shadows and the quality of the light is growing more golden in color. The transition is now from the earth element to metal element in Chinese medicine.
It is a time for gathering Qi, harvesting the bounty of the Summer and preparing for colder weather.
This week I gathered small dried flowers from my garden and made this collage. A dried rose, Angelica seeds, Agastache, Nicotiana pods, Tithonia diversifolia, and Lantana seeds.
The collage feels like Autumn so I went to my favorite series of books on Chinese medicine and began reviewing the Claude Larre and Elisabeth Rochat de la Vallee translations of the Su Wen.
The Huangdi Neijing of the Yellow Emeperor's Inner Canon is an ancient medical text that has been referenced, studied and used in Chinese medicine for over two thousand years. 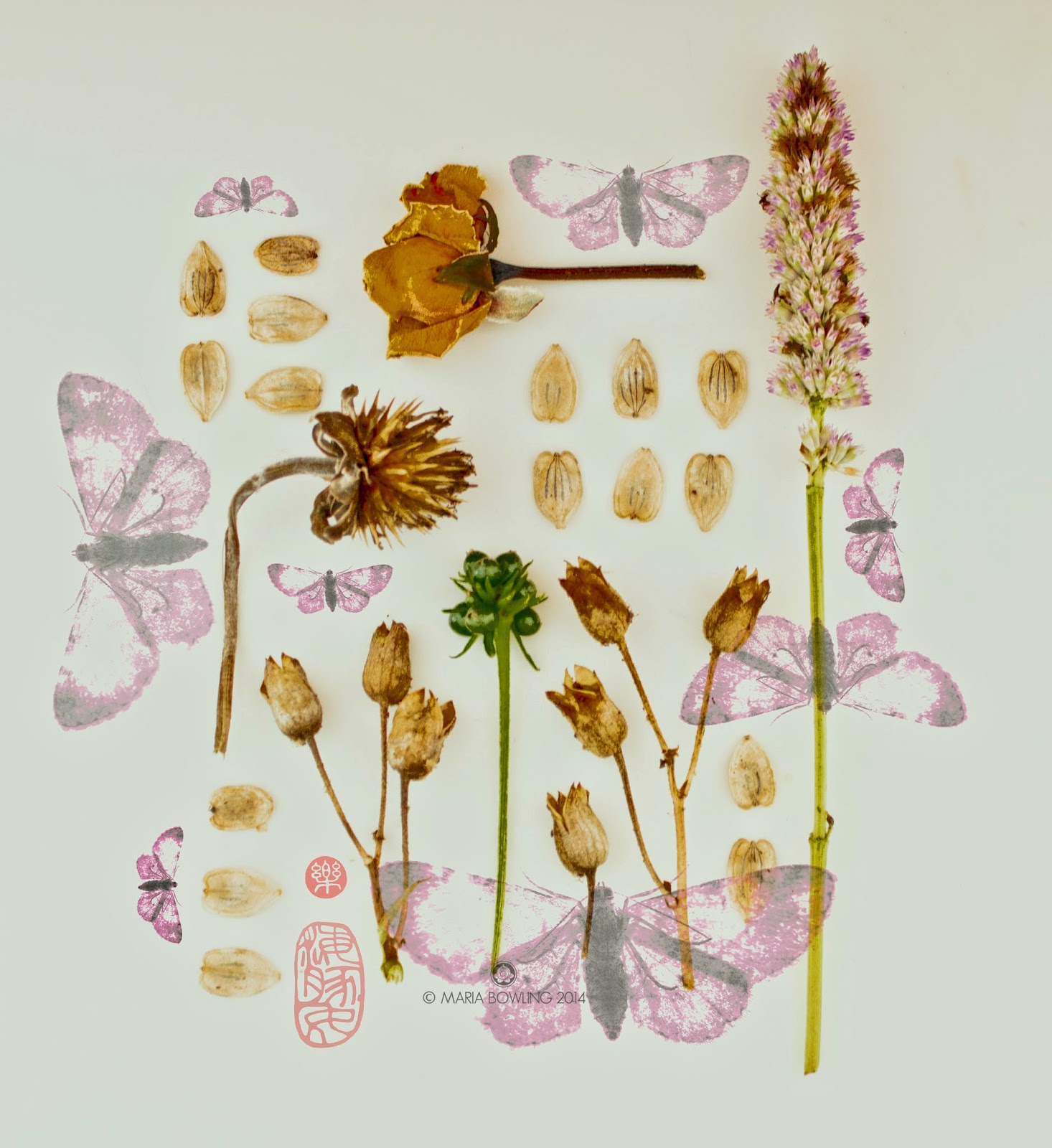 According to the Su Wen, Chapter 5

In heaven it is dryness, on earth it is metal
Among parts of the body it is the skin and body hair.
among the sang it is the lung,
among the colors it is white,
among notes it is shang,
among sounds it is sobbing,
among movements which react to change it is to cough,
among the orifices it is the nose,
among the tastes it is acrid,
among expressions of willpower it is grief. 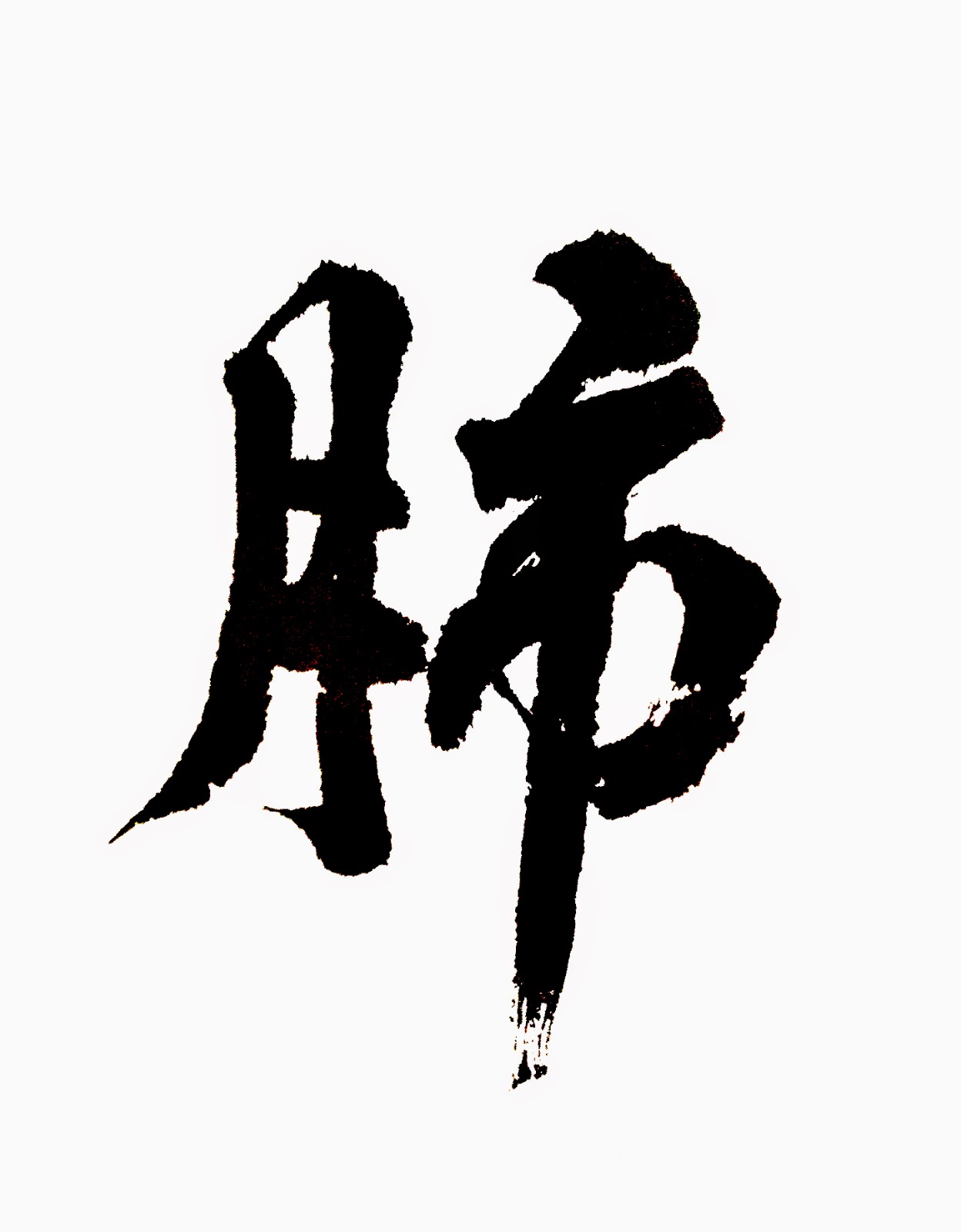 Above is the Ideogram for the lung. Also known as 'fei'.

It is during this time that the lungs and large intestine are in their peak time of year.
I really like this description of the seasons and their relationship to internal organs by Ms. Rochat.
"In the the seasons we can see the unfolding and progress of time, and time is nothing other than a succession and movement of different qualities of qi. And the same succession and movement of qi occurs inside the human body in order to organize and maintain life."

Wishing everyone a fruitful Autumn. 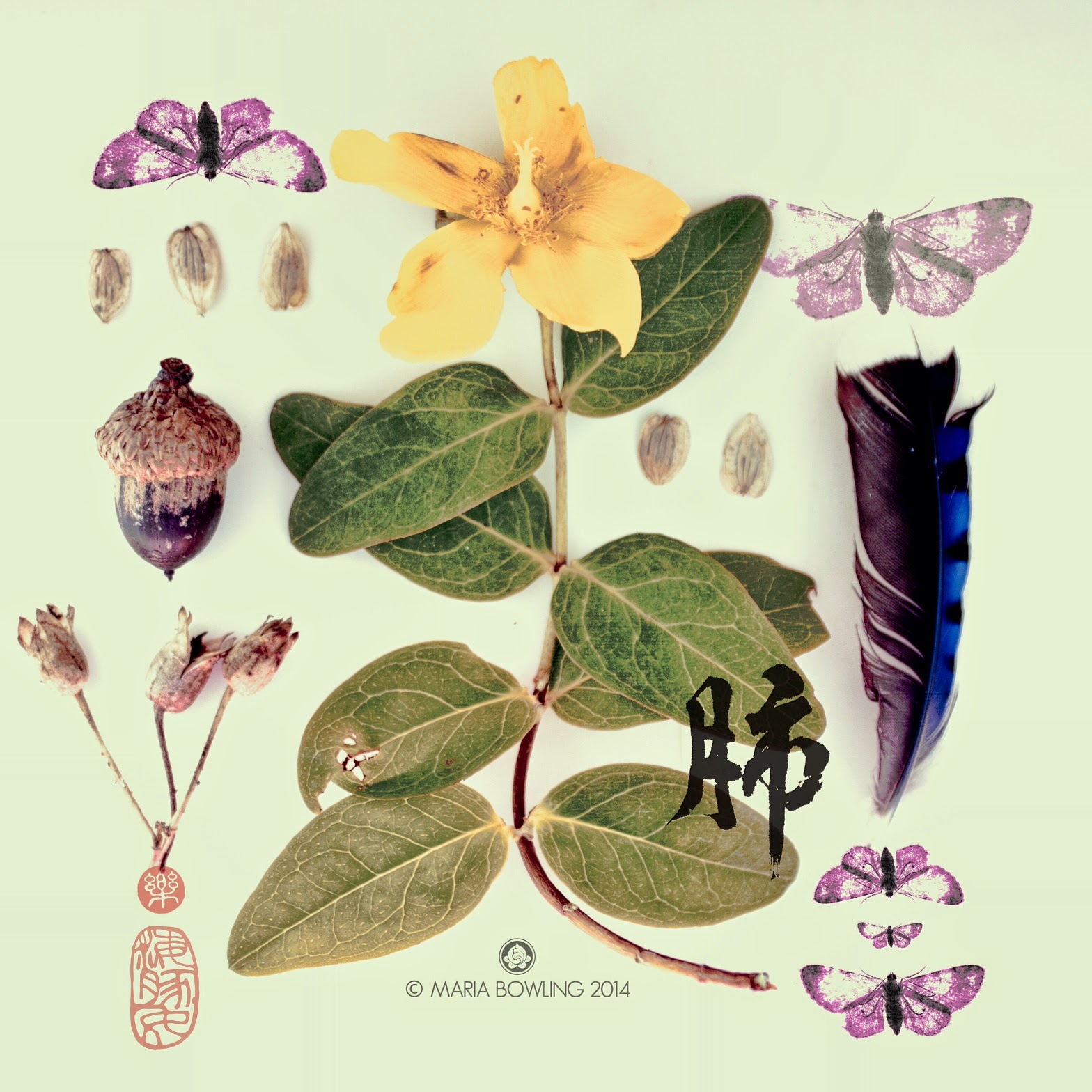