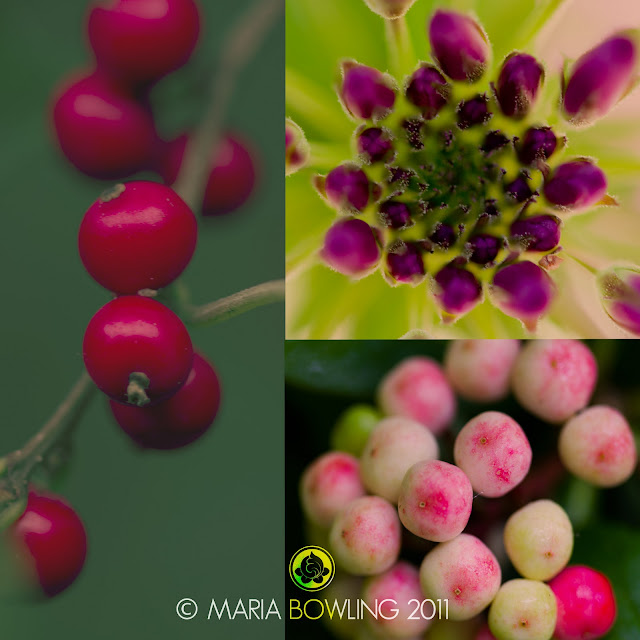 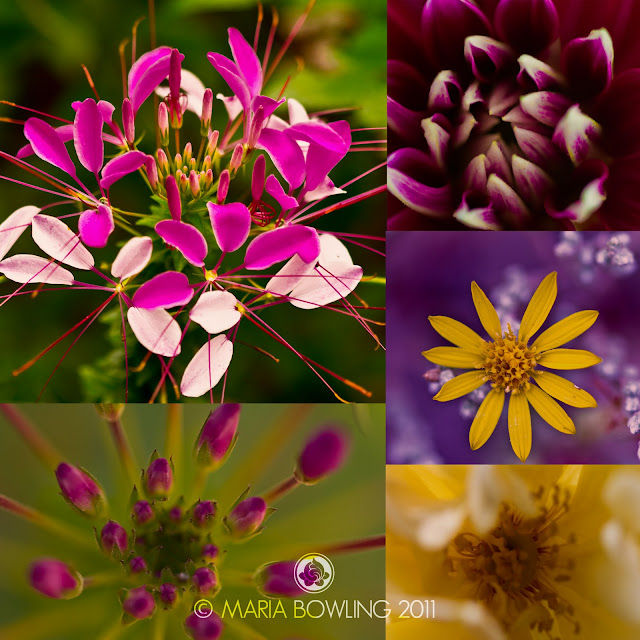 The Comfort and Sweetness of Vanilla

In the past week I have been savoring the scent of fresh Tongan Vanilla beans that I purchased in Vava'u. They recently arrived in my mailbox, the moment that I opened the box, a wave of deliciousness came over me and I was so happy to see my package, covered in beautiful and colorful Tongan stamps.
Vanilla beans are grown from orchid flowers.
There are about 150 species of vanilla orchids that grow around the world.
In Mexico, indigenous people used ground vanilla with the resin of copal in ceremony in ancient temples. Many tribes of Mexico revered vanilla as sacred and used it in herbal medicine practices. When the Spaniards arrived in the Americas they were introduced to the magic of vanilla and took it back to Europe where it developed as a valuable commodity along side cacao. 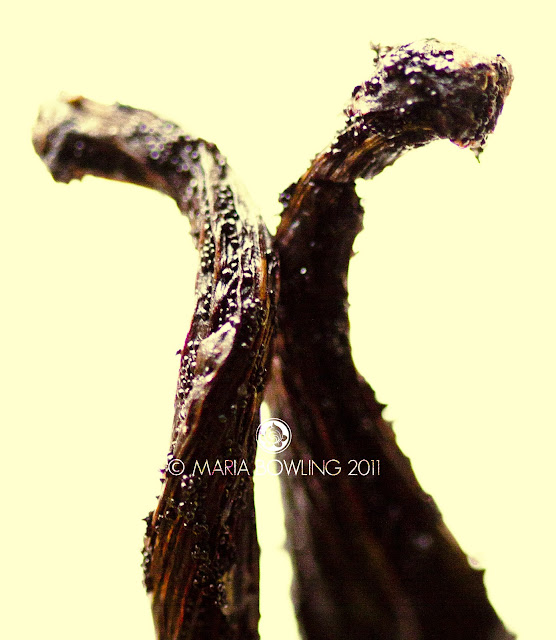 There are only a few places on the planet where the conditions are ideal for the growing Vanilla.
Lucky for me, Tonga happens to be one of them! A Tongan woman told me that Vanilla beans are infused in coconut oil to maintain smooth and beautiful skin.
Vanilla was in the American pharmacopoeia until the early 1920's. It was used for gastric disorders, as a stimulant, and for hysteria. 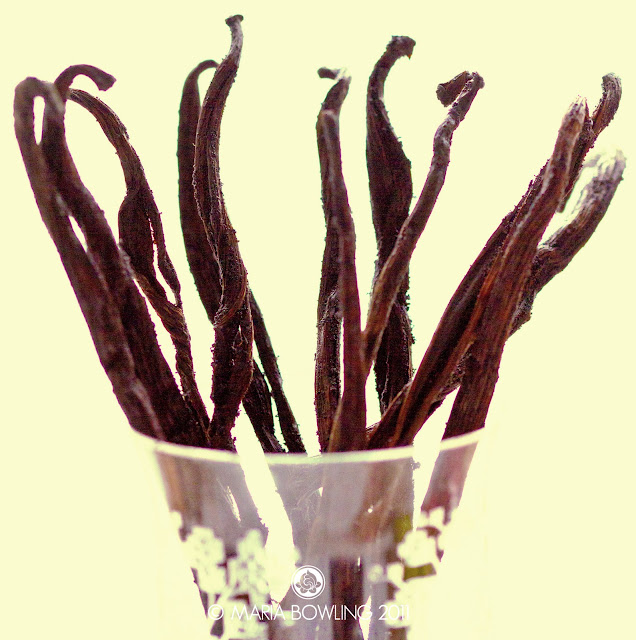 Vanilla essential oil, is slightly warming in nature, and in Chinese Medical application nourishes the Liver to release pent up emotions such as anger, resentment and frustration. It also is used to strengthen the Will, associated with the Kidneys.
The smell of vanilla brings me great comfort as it reminds me of my Argentine mother who included fresh vanilla beans when making Dulce de Leche.
Posted by Maria Bowling DACM, L.Ac., SEP, Diplomate of Oriental Medicine at Monday, September 26, 2011 No comments:

As the colors, scents and light are shifting here in this magical land of the Springs, I have been wondering where in nature I will find inspiration in the weeks and months to come.
I have also wondered about the beauty behind the word 'inspiration', it's roots, origin and how it relates to this time of year. The root of this word is derived from the Latin verb to breathe in, 'inspirare'. According to the Mirriam Webster dictionary, several of the definitions of inspiration include the following; to influence, move or guide by divine or supernatural, to breathe upon or blow into, and my personal favorite....to infuse life. 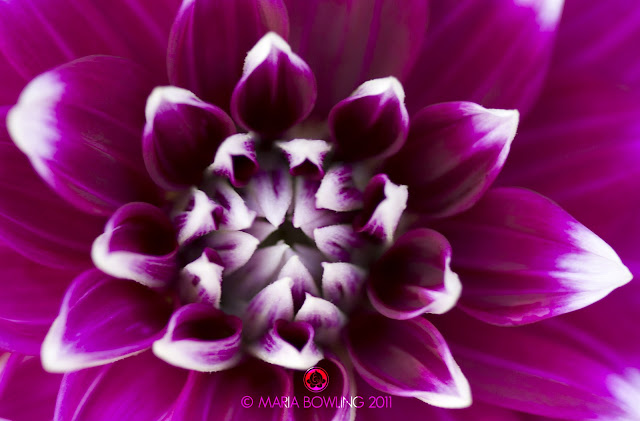 In the Five Element system of Chinese Medicine we are now entering Metal phase in the seasonal calendar. This is the season in which the Lungs and the Large Intestine are most active in our bodies. It is during this time,  the fiery Yang of Summer moves into the Yin and more contracting and still nature of Autumn. We may need to pay special attention to the health of our Lungs as this is a time that deep seated emotion may arise. We may also need to focus on the process of elimination because in the Autumn, we release what we do not need as our bodies begin to sink into the energy of our roots and we evolve through the process of reduction.

Today I found inspiration from taking a picture of this beautiful dahlia from my garden, it seemed so perfect and symmetrical. The color and form of this flower reminded me to stay in the energy of 'inspiration' and to breath deeply in the shifting of this new season.
Posted by Maria Bowling DACM, L.Ac., SEP, Diplomate of Oriental Medicine at Wednesday, September 21, 2011 No comments:

September is the month that we see the Monarch butterflies (Danaus plexippus) flutter by on local beaches as they migrate south. They adore the Buddleia davidii bushes outside of my office, also known as Butterfly bushes. These honey scented blossoms are prized for their nectar which attract many species of butterflies. 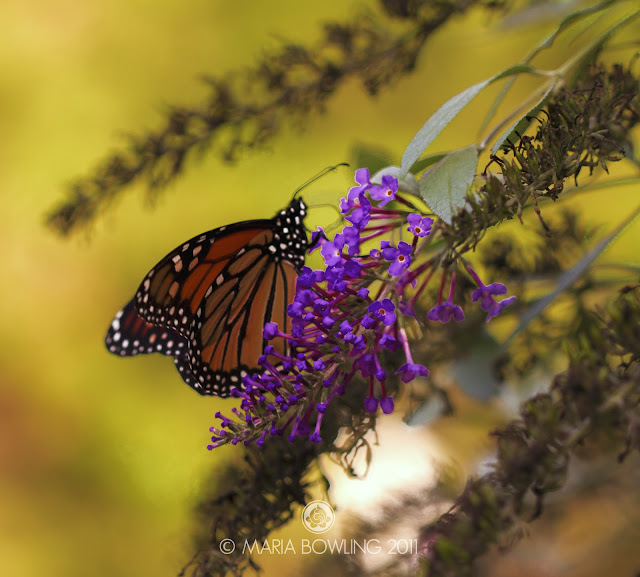 Butterflies have always held a particular fascination for me because as I child I observed their metamorphosis in my mother's herb garden. Bright green spotted caterpillars transformed into elegant green forms hanging from leaves, only to open and transform into a magnificent butterflies.
The butterfly below is a Yellow Swallowtail, this picture was recently taken with my macro lens. 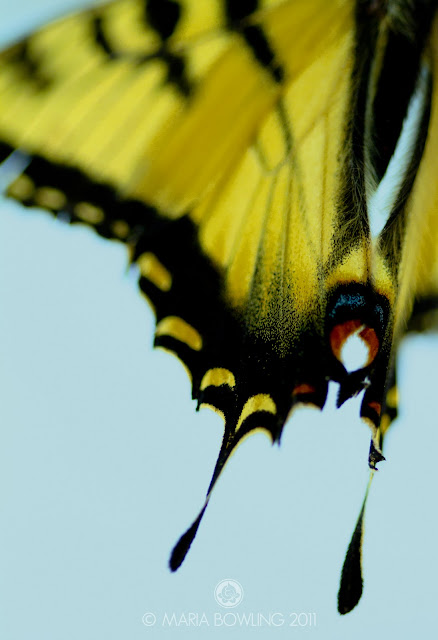 Many people ask me why I swim with whales and the dolphins and why I would go to great lengths to have encounters with cetaceans in the wild. My journey into the ocean started soon after I began working with a medicine man who wore a whale's tooth around his neck during ceremony. I was so drawn to their power and legends that I arranged a trip to meet the whales in French Polynesia. I was moved by the grace and the power of these gentle and beautiful animals. Each and every time that I am in the ocean with whales it is like the first time. I feel like a child, delighted by simple magic. 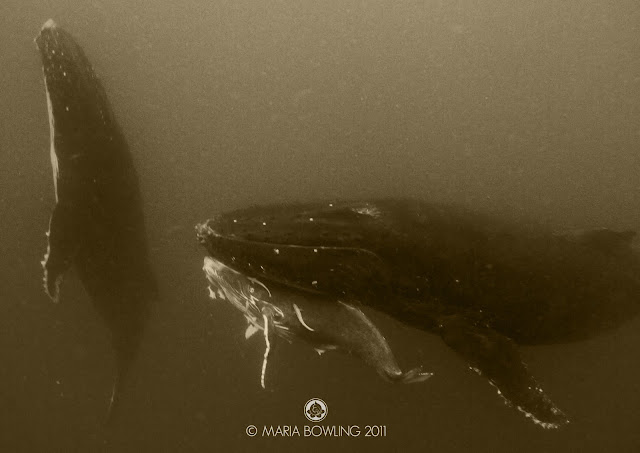 There are very few words to describe what it feels like to meet whales or to hear them singing their song. Participating with nature at this level has become one of the greatest joys of my life. These experiences have transformed me at my core and always leave me hungry for more time in deep blue waters with these marvelous beings. 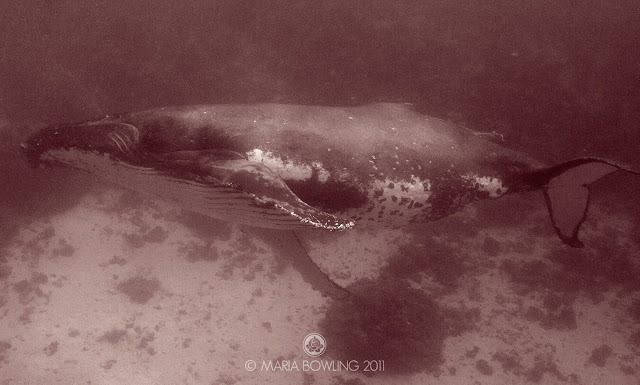 I recently left the waters of Tonga with a knowing that everything is always in a constant state of flux, that no matter what life on land my bring, it will always change. I am also left with this impression....mother nature has a mind of her own and while we may feel like we are in control of our world and its outcome, she may have other plans for us. 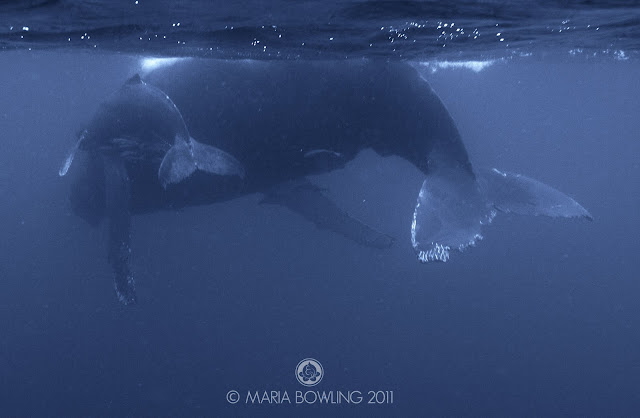 Whale medicine is symbolic of joy, expansion of consciousness, resurrection, mastery, communication, song and creativity. Many Native cultures revere the whales for their connections to Spirit and to sun and the stars.This year I shared a part of my story in a small piece that I wrote for the Women's Broadcast Network. Here I describe how the medicine of the whales has transformed my life.
http://www.platforms.tv 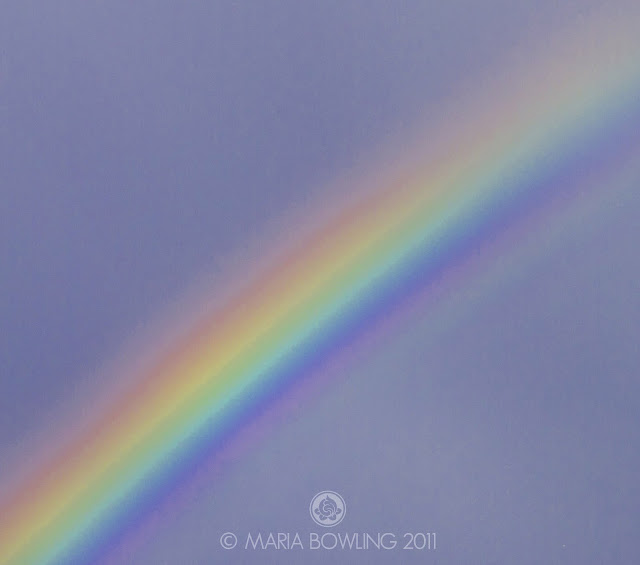 Rainbows appeared several times on this trip. For the first time ever,  I saw a double rainbow over the ocean!
Posted by Maria Bowling DACM, L.Ac., SEP, Diplomate of Oriental Medicine at Wednesday, September 14, 2011 1 comment:

While I was traveling in Tonga, I had a chance to paint several watercolors of a gorgeous red flowering tree that was growing in the courtyard where we were lodging. This original botanical is on cold pressed water color paper, hand signed and painted with Windsor and Newton watercolor paints. The chops were designed for me and the little square chop is the character for 'love'. 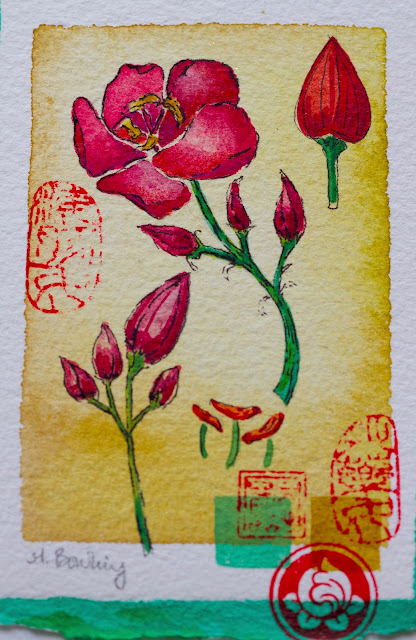 I would like to gift this painting to the fifth person to email me with their mailing address. Please email me at mariabowling@me.com. The winner will receive an extra little surprise gift inside the package.
Where in the world will it go?

Tongan Beauties and a Mermaid's Garden

While the sparkly sapphire waters of Tonga are remarkable, so are the rainbows, the botanicals and the singing whales. Being on the ocean, weaving between the swirling winds, waves, and islands of Vava'u to swim with the largest creatures on the planet was an adventure. I shared this journey with mermaids and mermen from Singapore, Japan and the United States. 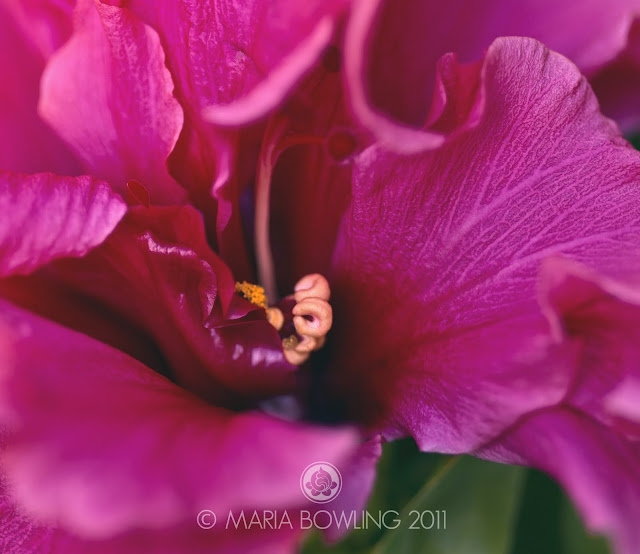 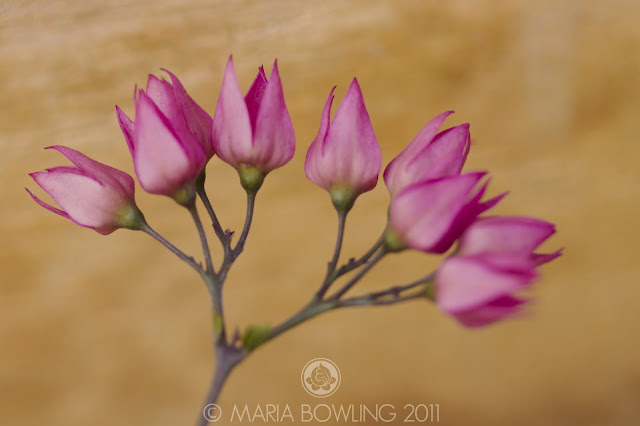 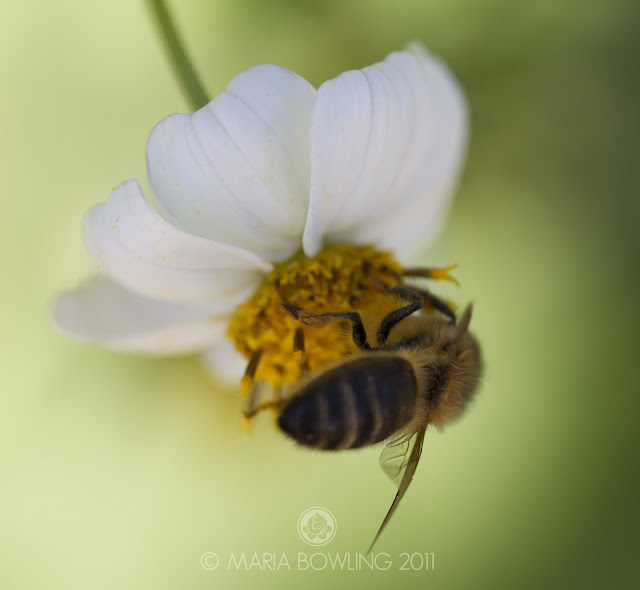 There are many beautiful flowers in Tonga that caught my eye. 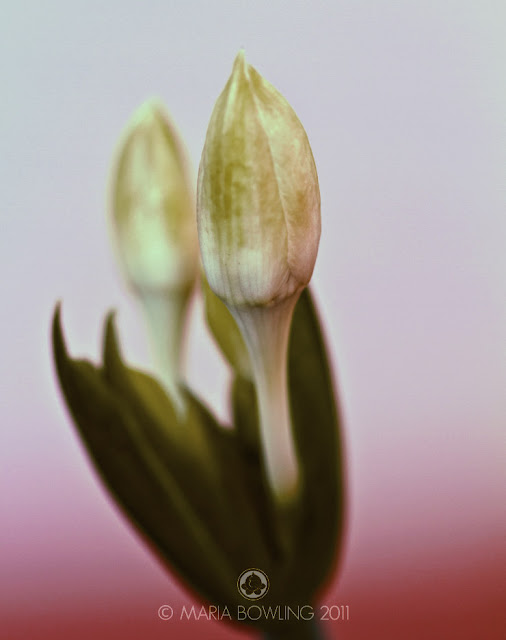 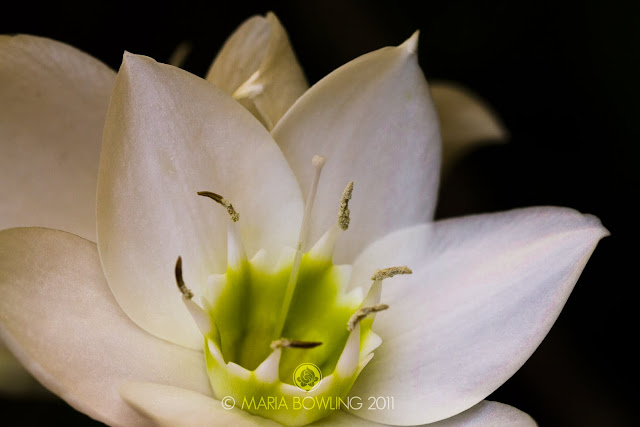 On our last day in the ocean, we visited a coral garden that was stunning. As we dove down deep, we could hear the whales singing in the distance, it was dreamy. The greatest medicine of being near or on large bodies of water is observing and participating in the magic of nature. 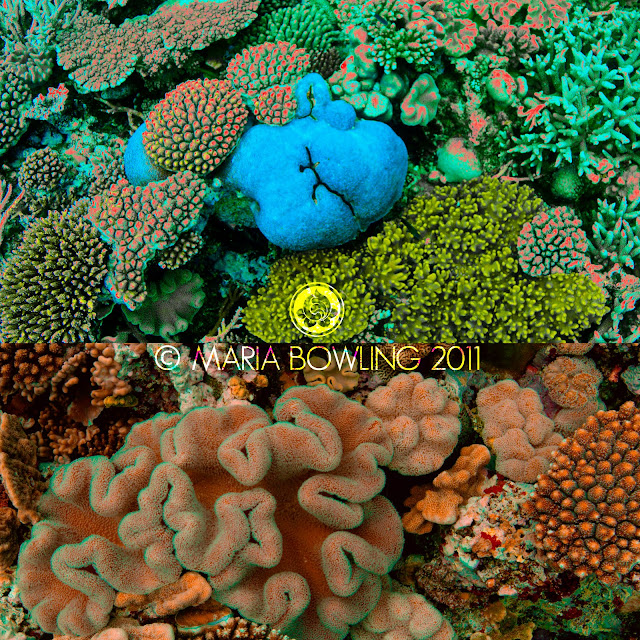 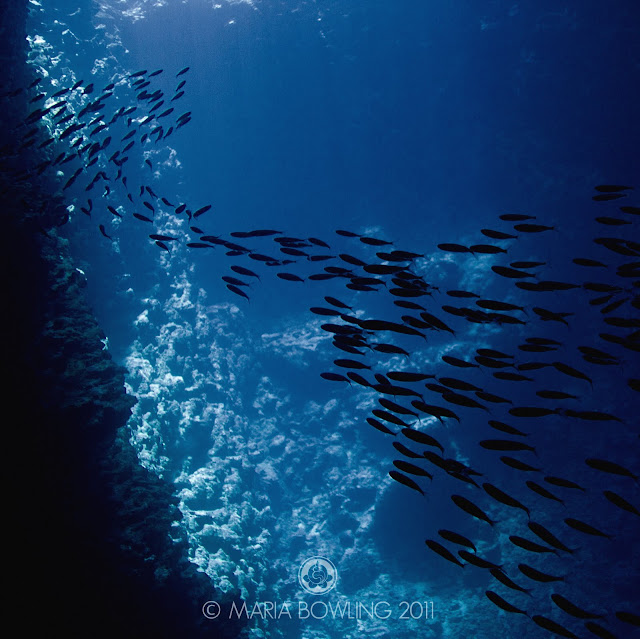 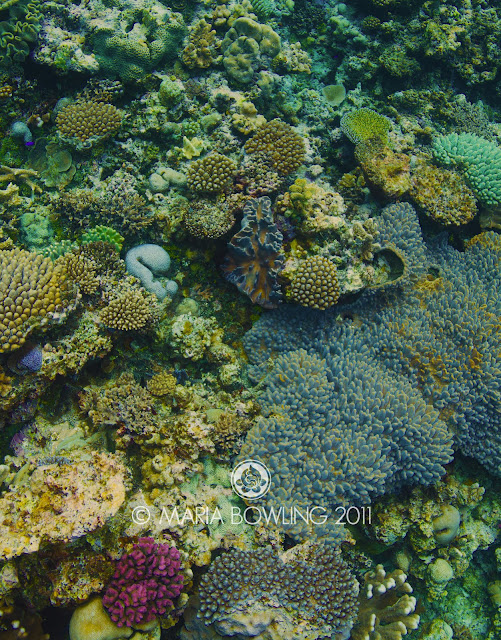 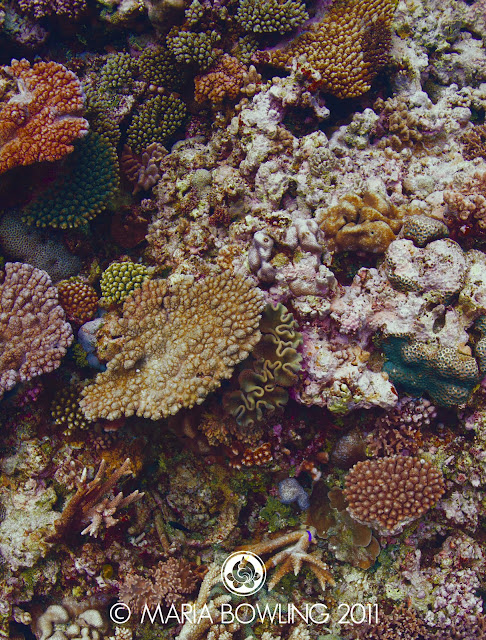